This project, consisting of a series of new facilities, was part of the Base Operations Support Services (BOS) contract award to PAE/Lockheed Martin by NAVFAC EURAFSWA (N33191-07-D-0207). Michael-Bruno was engaged as the design and construction oversight subcontractor for this four-phase DB program.

COMPLEXITY OF THE JOB

The M-B design team focused on utilizing mini-mum resources to implement the most cost-effective development, design and construction solution commensurate with the expeditionary status of Camp Lemonier, while complying with both local and US building, electrical, and plumbing codes. Structures were designed in rectangular, quasi-square, or L-shaped forms to optimize space and cost. Compacted gravel was selected for internal roadways. Sodium vapor (low-amperage) technology was selected for perimeter and internal lighting. Cement and ceramic tile flooring as well as climate control were selectively implemented, based on the ultimate purpose of the facilities.

As finalized, the M-B design gave special emphasis to the functionality of the compound, both on the exterior and in the interior of the facilities. A dedicated electrical power generation plant was designed to supply all contractor camp require-ments. Where necessary, water lines were equipped with lift stations and in-line domestic supplemental pressure water pumps to provide the necessary water pressure to serve the facilities throughout camp. Restrooms and ablution facilities were designed in both the eastern and western styles to serve contractors of both cultural backgrounds. Water, sewer, power and IT/COM lines were designed for underground distribution throughout the compound. 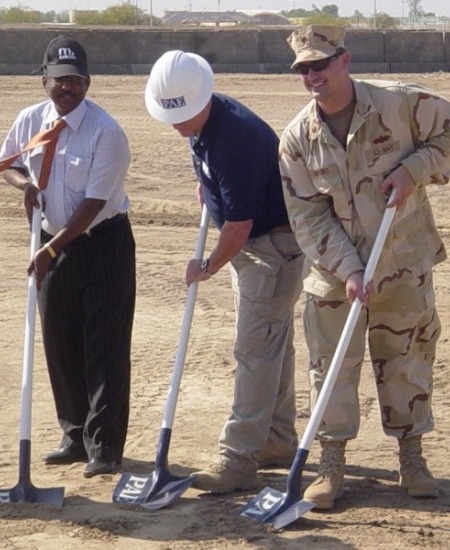 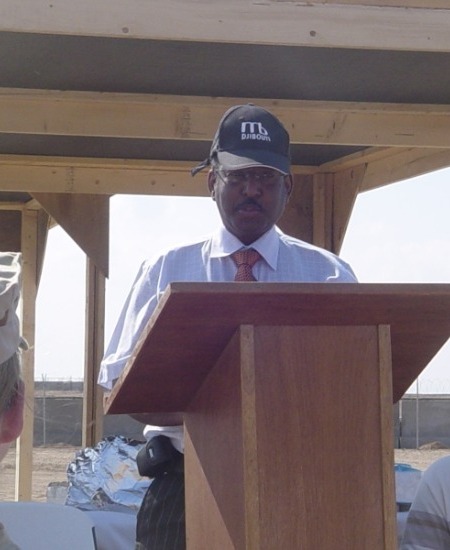