The scope of this project included an engineering study and complete construction documentation package for the demolition of Hanger 405 and related concrete slab. The intention was to demolish down to bare earth and make the area a large, grass zone, installing a new fence to separate the aircraft parking apron with the footprint of the former hanger.

Additionally, the security lighting for the area concerned was to be removed.

Specifics of the scope were: complete survey of existing facility and feeder utilities;

Topographic survey for resulting area in respect to the adjacent facilities;

Asbestos containment material survey to ascertain the presence of such material in flooring, walls, mechanical equipment, etc. The survey and final report was in accordance to both Italian and US law concerning ACB handling and disposal;

Lead containing paint survey and report in accordance with both Italian and US law concerning LCP.

In addition, Michael-Bruno was task to develop a Safety Plan, in accordance with OSHA as well as Italy Safety Law 81/2008. Ultimately we were also hired to provide on-site safety management during the demolition phase of the project.

Due to the presence of Asbestos Containing Material ( pipes insulation) the demolition works was performed in two phases: the first will take care of ACM removal, the second will include the demolition of the facility. Because the work was carried out in accordance with Italian Safety Law Dlgs 81/2008, it required an additional risk analysis covering sound and asbestos risks.

The sound risk required additional investigations and survey because of the presence of the fly line and the parking apron adjacent to the hangar being demolished. Therefore a detailed analysis was performed to ascertain the level of sound exposure as per Dlgs 195/2006.

The presence of Asbestos Containing Material impacted the demolition work because of the increased documentation and permits required by the previously mentioned Italian law, Dlg 81/2008, XV.

The final demolition of NSA Naples Hanger 405 received the 2010 Safety of the Year Award for the NAVFAC EURAFSWA Region. 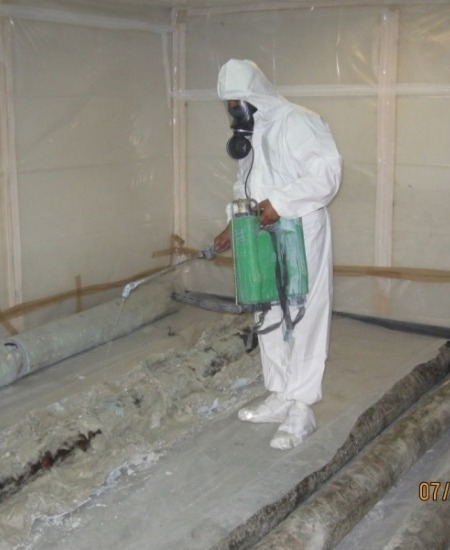 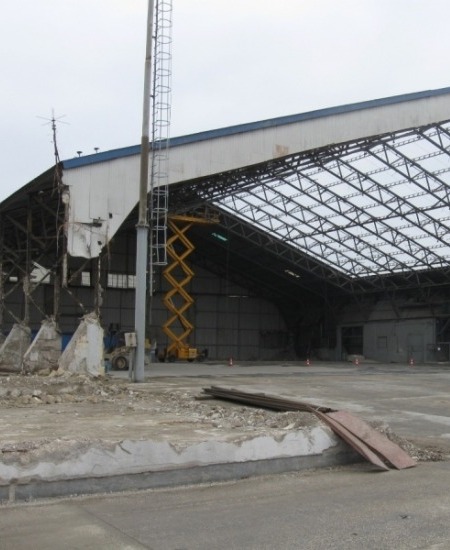 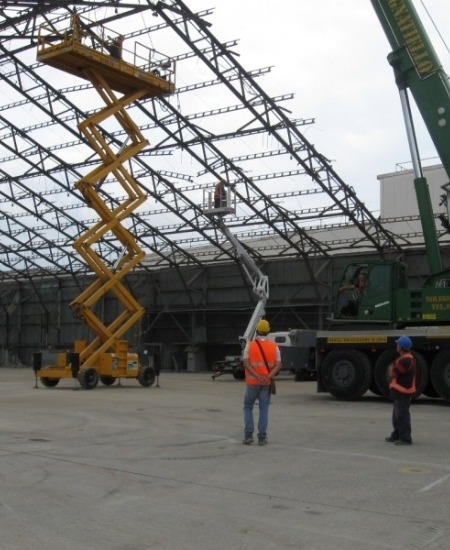 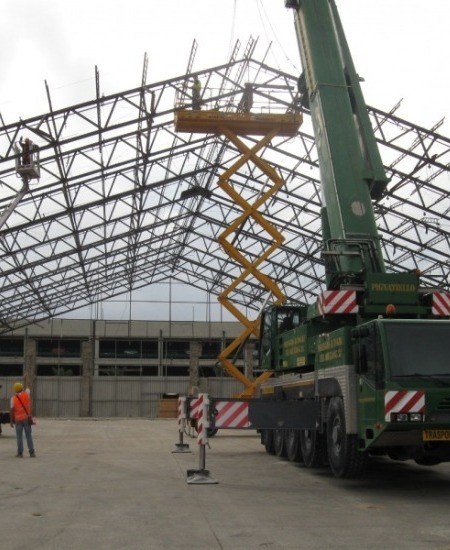